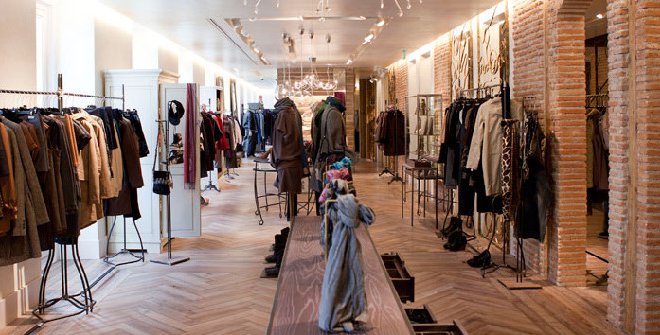 Shopping Madrid. A selection of the best fashion stores 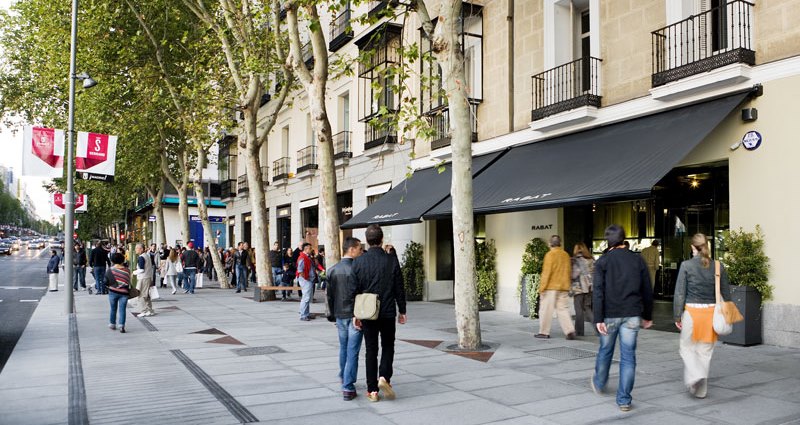 Logos of the first fashion brands preside exclusive windows that struggle to gain prominence in the “Barrio of Salamanca”. Between “José Ortega y Gasset”, “Claudio Coello” and “Serrano” streets, are concentrated the most exclusive shopping district of the city, with the best representation of the high and large luxury firms. The perfect place to shopping if you are looking for style and glamor in fashion. 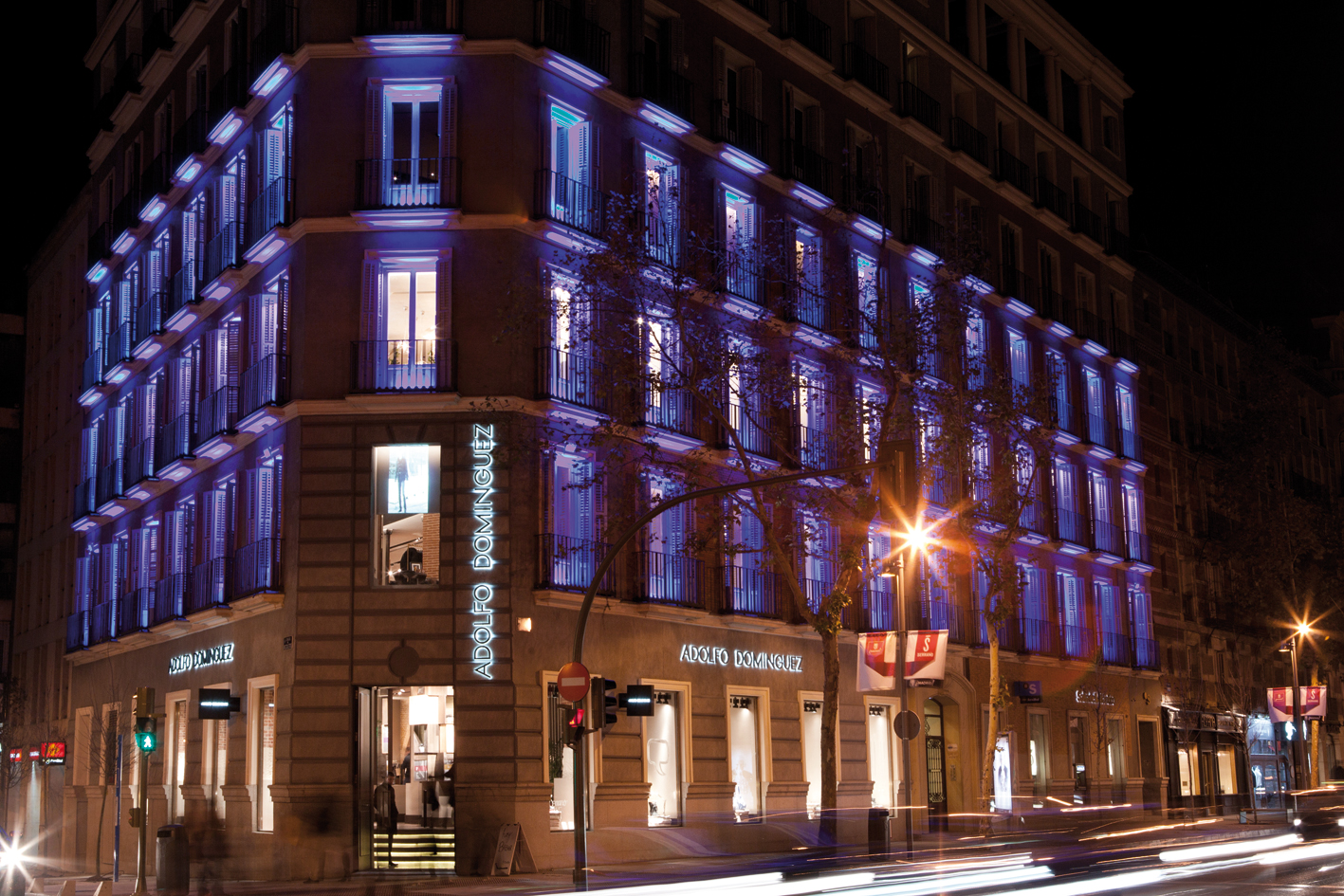 Adolfo Domínguez is a benchmark in the world of fashion, both for men and women, but also in the world of accessories: handbags, shoes, scarves and jewellery. His shops worldwide give testimony to how his very recognisable designs hit the mark: sober, elegant, but always informal, comfortable and very apt to an urban setting. Five floors, 2.000 square meters, fashion exhibitions, art gallery, coffe-bar on the top floor. 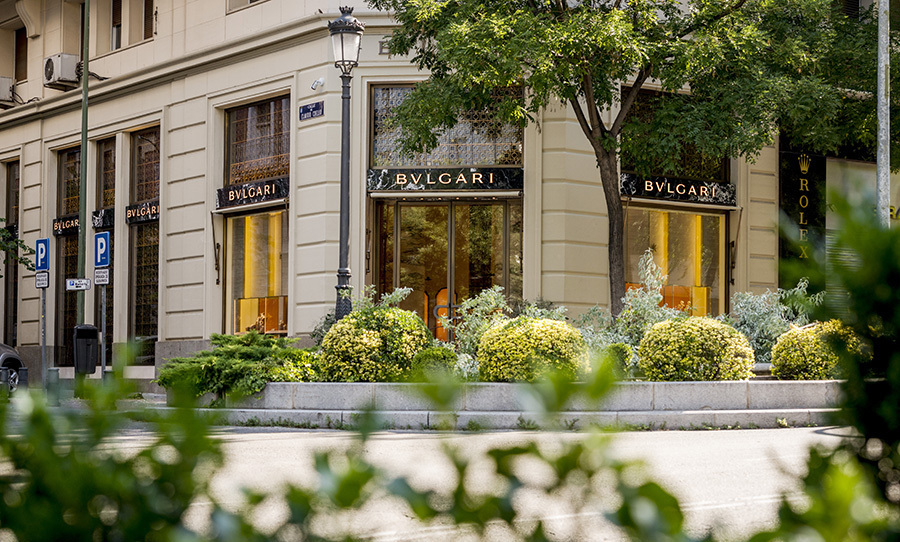 If there is a temple dedicated to the great luxury and the jewelry of the highest level, this is definitely the boutique located at number 49 of Serrano street. Bvlgari is almost a religion for those who like their jewelry. Gold, diamonds and precious stones combined with excellent success in innovative, sophisticated and elegant designs. 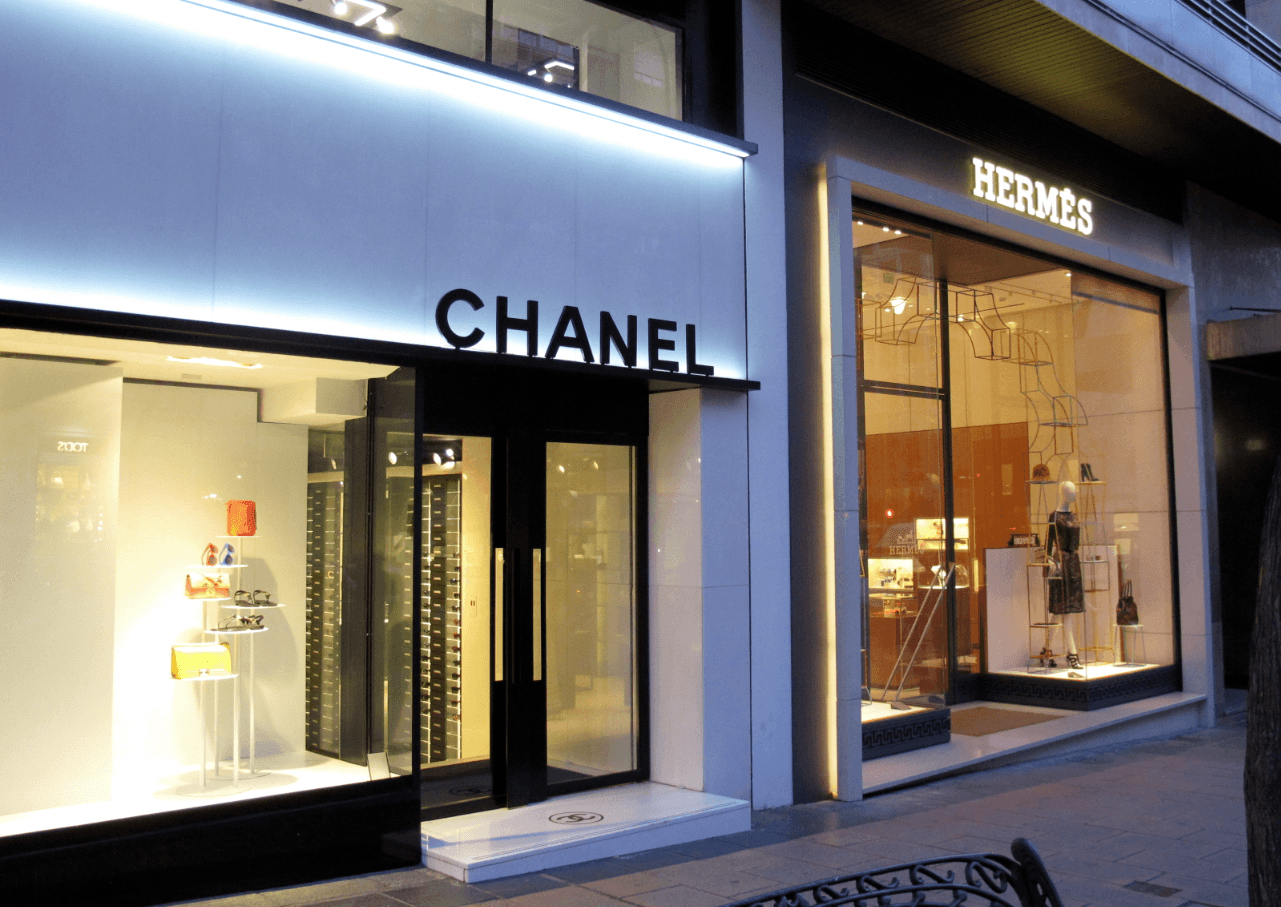 As mythical as its creator are his jacket trimmed tweed, two color socks strip or the eternal fragance Chanel No. 5. Reflecting its tradition and heritage are its boutiques around the world, including the Madrid Ortega y Gasset street, where harmony and minimalist atmosphere combine to create a sense of space that gives life to the collections.

Since the Italian firm was created in the 80’s, Dolce & Gabbana has established itself as synonymous with glamor and sophistication, not only for its vanguard proposals, also for being one of the favorite brand such as Victoria Beckham, Monica Bellucci, Angelina Jolie and Beyonce, among many other celebrities. 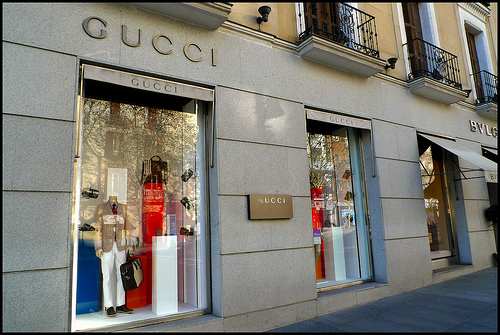 From a small leather shop founded by Guccio Gucci in 1921 in his native Florence, to a real empire of luxury, with a legion of addicts in every corner of the world, awaiting every new season with the stamp of the double “G”. 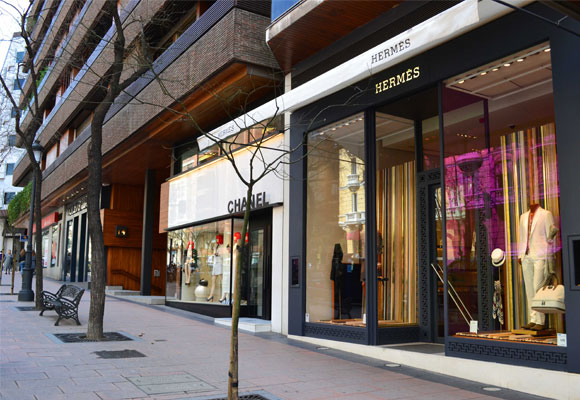 Since 1837, this french empire has signed the most exquisite accessories, made by artisans who need up to four years training to capture the essence that for five generations have transmitted to their products: scarves, ties, leather goods, fragances, jewelry and even his home line has today a very high prestige. 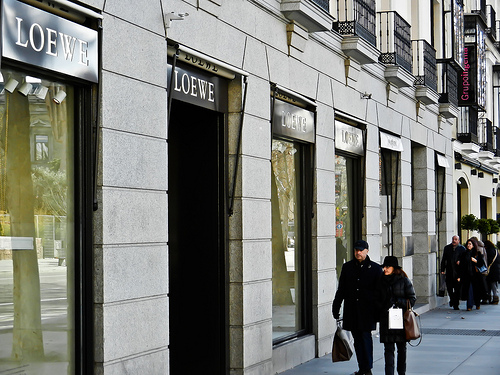 Legend says that the american writer Ernest Hemingway, gave the actress Ava Gardner a Loewe bag because of its special touch. This spanish leather brand has been characterized by the inimitable touch of its items, made with what is considered the best world sheep leather (100% Spanish), which has become synonymous with luxury and distinction. 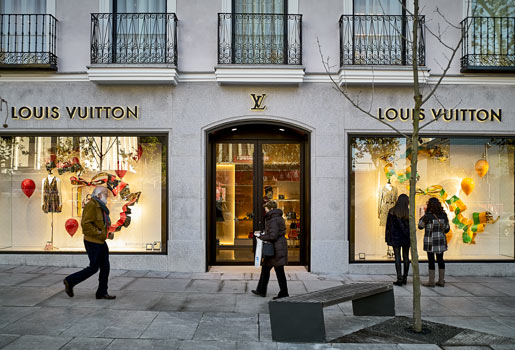 The exclusive fashion company Louis Vuitton has in Madrid, since November 2014, a large 400 square meters store that will delight his followers. Located in the distinguished Serrano street, you can buy from his famous traveling trunks to their latest collections clothing. 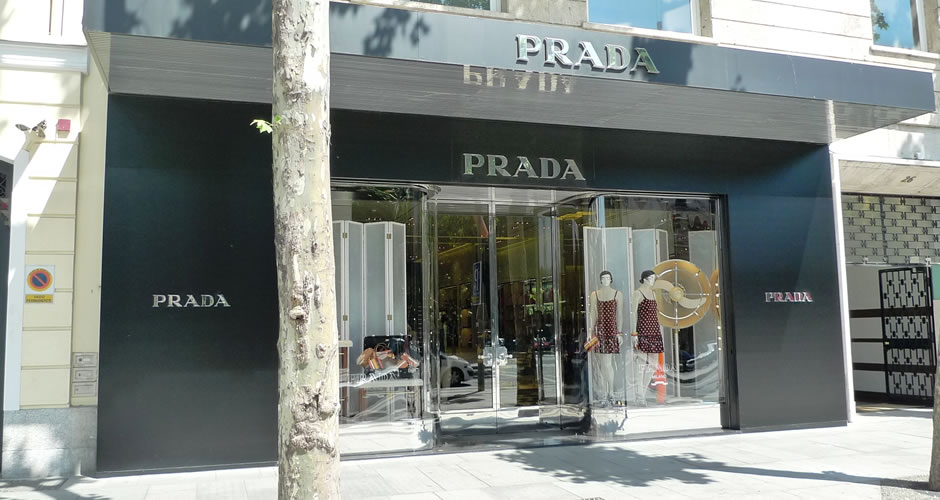 Since she took the management of her old family leather business, Miuccia Prada has raised a genuine empire of design with hundreds of stores around the world. All of them, including the two stores in Madrid ( Serrano and Goya), transmit their taste for luxury content, classic and simple but with sophisticated lines and purity forms in their collection of this renowned brand. 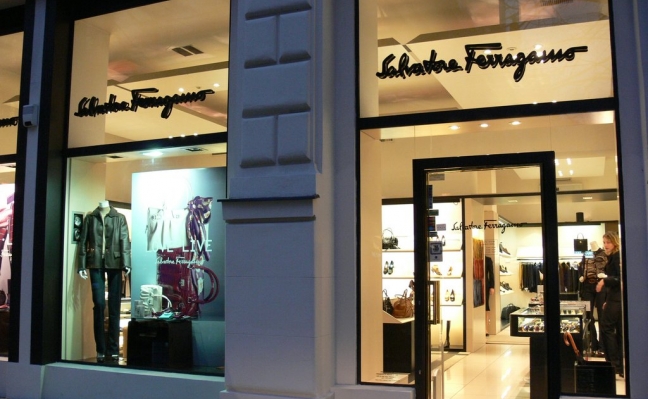 The shoemaker founder of the firm, Salvatore died at 60, but the Ferragamo family continued the business and today remains the emblem of craftsmanship, tradition and exclusive brand that takes very careful about the work between leather and colors.