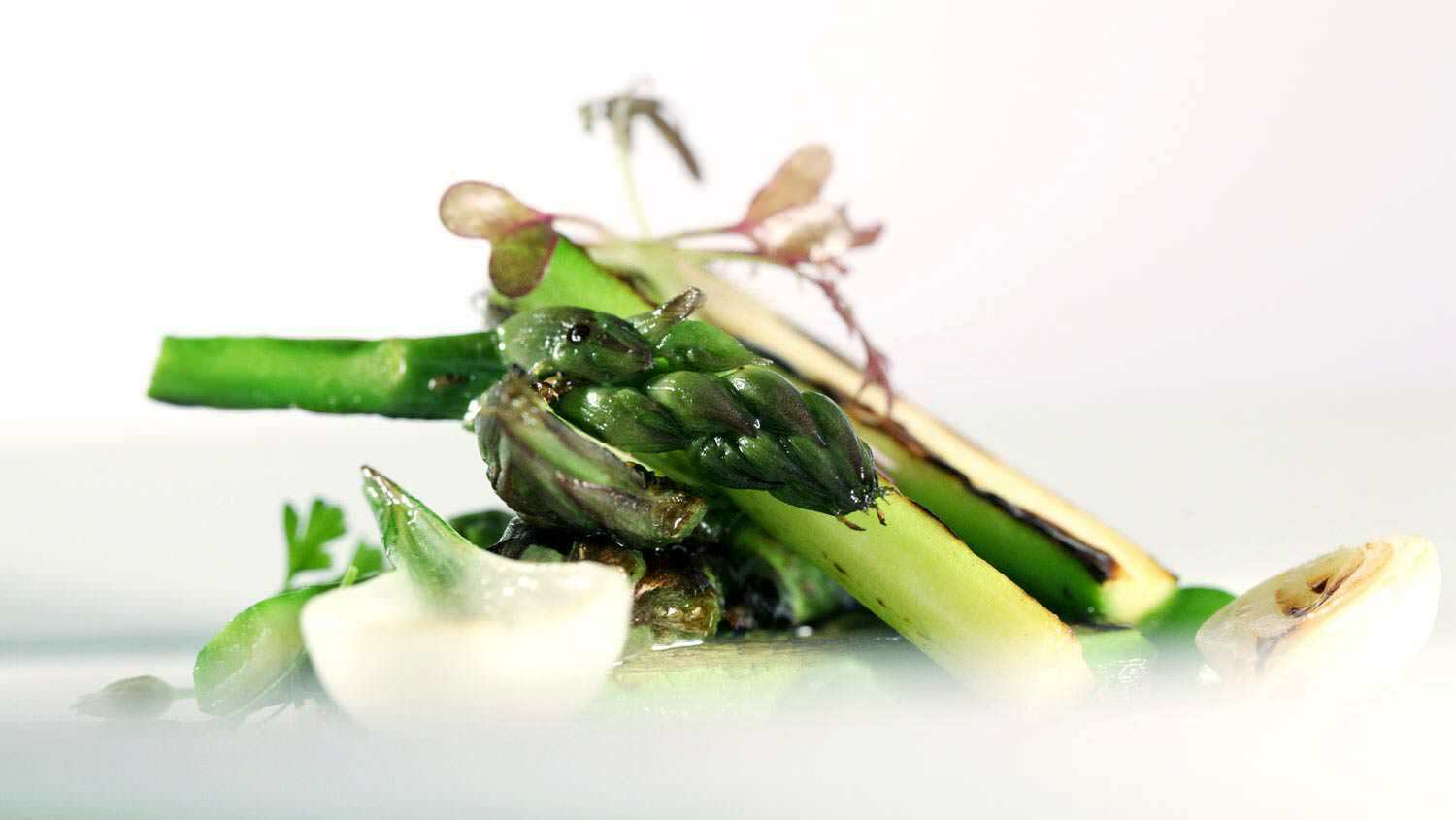 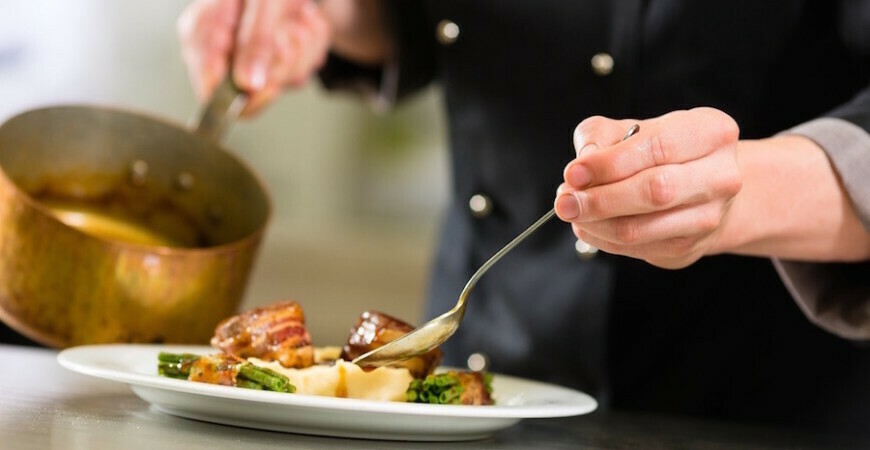 Do you know that Spain actually has 8 restaurants with 3 Michelin stars, 18 with 2 stars, and 143 with one star?
One of the best things about visit Spain is being able to enjoy one of the most amazing cuisines in the world. Whether it´s traditional dishes or the most avant-guard, Spain has earned its reputation thanks to skilled chefs, fresh produce and an infinite variety of ways to prepare each dish. But Spain is also famous for having so many Michelin star restaurants.
In this blog we want to discover some “unknown” Michelin-starred restaurants of Spain
Lunch or dine at any of the restaurants featured here, is possible by combining any of our Hunting & Tourism Packages. 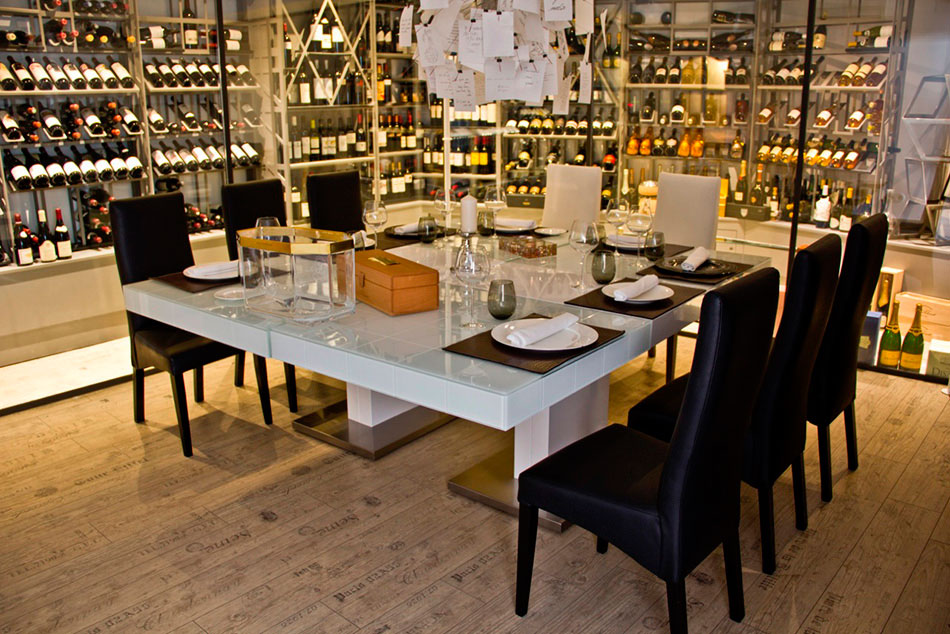 El Bohío is one of the most emblematic haute cuisine restaurants in the Castile-La Mancha region, and is located in the town of Illescas (Toledo province). The chef is Pepe Rodriguez Rey, who is accompanied by his brother Diego as sommelier. They inherited the business from their mother and grandmother. It was an old eatery, which they converted into one of the most interesting gastronomic landmarks in the region. Its menu features creative signature cuisine, but with absolute respect for the raw materials of La Mancha, in dishes where the flavors of garlic, onions, saffron, salted fresh lard, paprika and sardines are present. Three features of their cuisine are: quality of raw materials, clarity of concepts and a deliberate link with their roots in La Mancha. 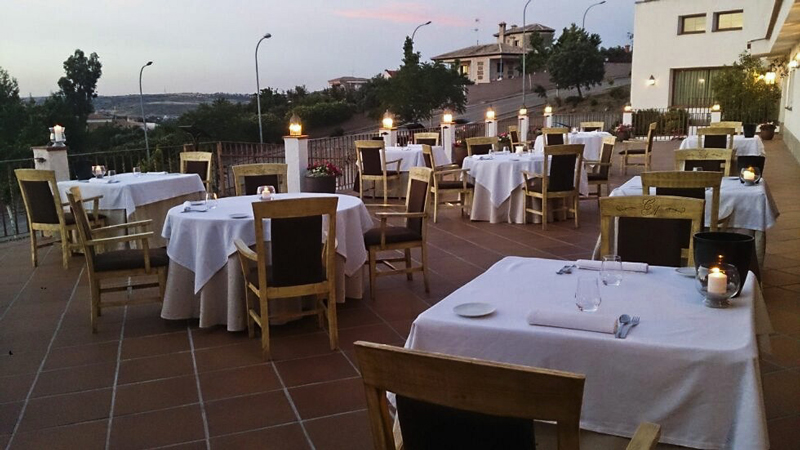 Led by Ivan Cerdeño, an outstanding student of prestigious chef Pepe Rodríguez Rey, this restaurant is located in a residential area on the outskirts of the Toledo city. It is characterized by creative cuisine, extremely well designed dishes and excellent raw products, featuring typical ingredients from the region of Castile-La Mancha, including game, cured cheeses, saffron and an extensive selection of regional wines. 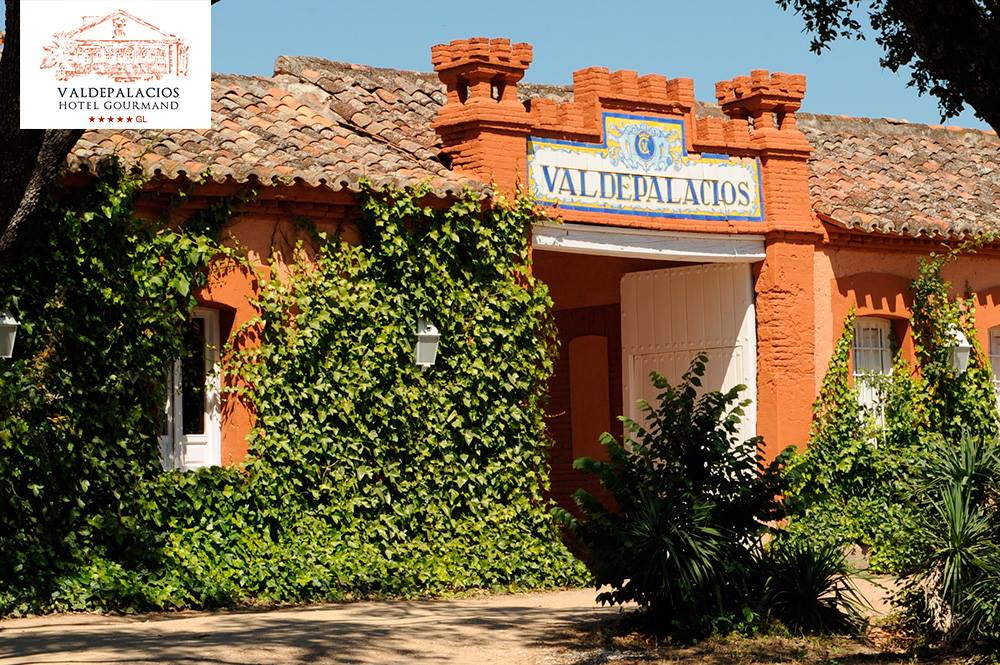 Restaurant with Santi Santamaría as gastronomic director since 2004 to 2011 (+). Exquisite dishes and gourmet menus. The restaurant is managed by Jose Carlos Fuentes, chef of the year 2010. The restaurant`s very name, Tierra, is a declaration of our principles. Tierra has all the richness of the culture, agriculture, wine-growing and cuisine of the area. All vegetable ingredients are its own or wild crop, harvested by themselves, some in the farm and other on the banks of the Tiétar river, and, of course, game hunting. Valdepalacios five-stars hotel emerges in an 600 hectares hunting estate, with deers, fallowdeers, roebucks and red partridge. Tierra (Earth) is one of the most prestigious restaurants in Castile-La Mancha. 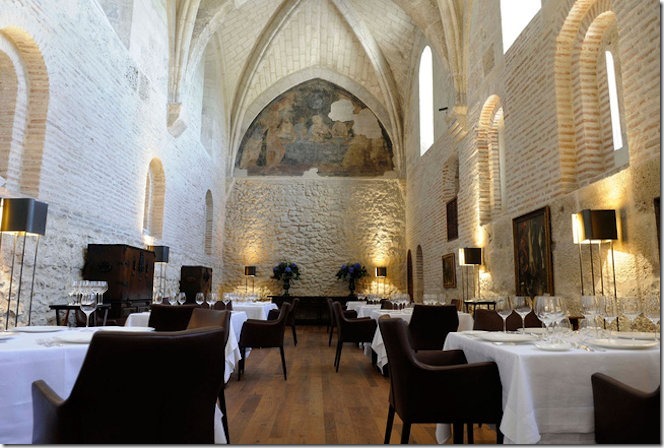 The atmosphere at Refectorio Restaurant forms an inextricable part of the gastronomic experience, which is why minute attention and care has been paid to even the smallest of details in the restaurant’s décor. Gastronomy is based on creative, contemporary lines, backed by the use of fresh produce supplied by local farmers. The area in which LeDomaine is located boasts a wealth of culinary delights that makes for coherent and varied menus renowned for their superb standards of excellence. 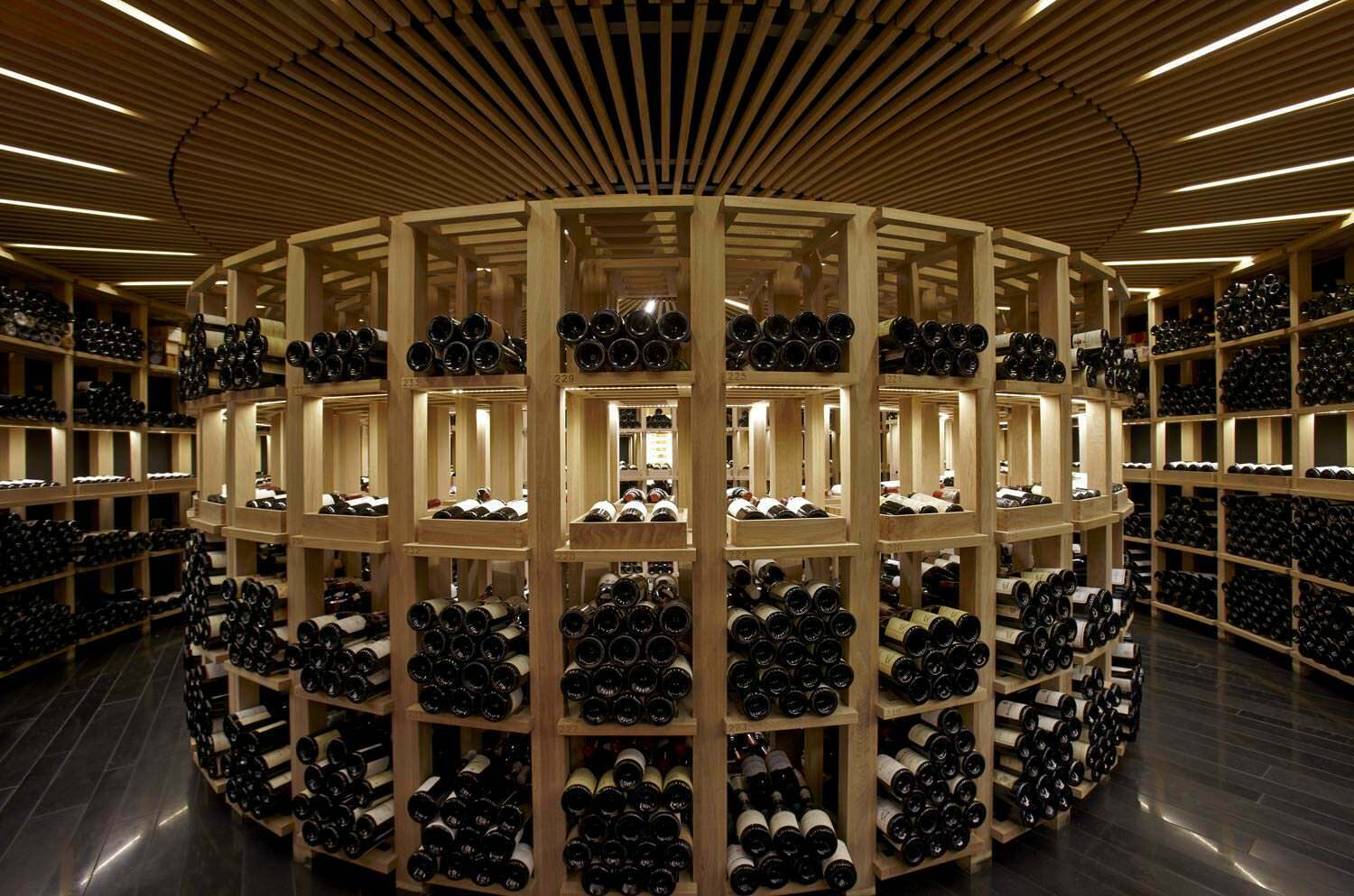 More than anything else, Atrio is place of unexpected encounters. It is the essence of Cáceres itself, nurtured into a concrete reality by its creators, José and Toño. Fusing all the elements a visitor could wish for into a welcoming oasis surrounded by the treasures of Extremaduran heritage, Atrio stands as testimony to the lifelong commitment of two consummate professionals devoted to the world of gastronomy and their felicitous collaboration with the award-winning architectural team of Emilio Tuñón Álvarez and Luis Moreno Mansilla. Atrio has a splendid wine cellar, managed by José Polo, which has received international awards and recognized as one of the best in the world by the Wine Spectator magazine. 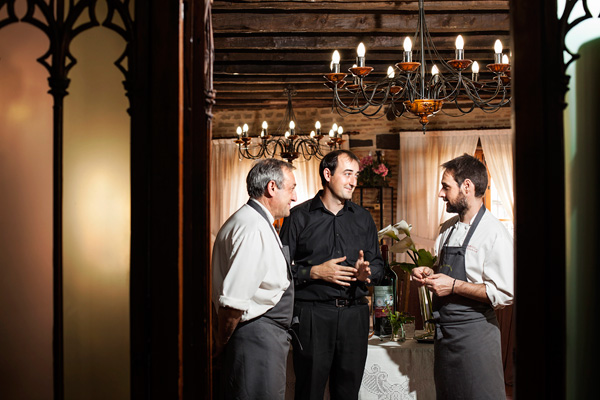 Located in an old farmhouse that’s been impeccably restored and decorated with antique furnishings and relics from traditional boticas, or pharmacies (chemists), this family owned and operated restaurant seems to accomplish many goals at the same time. On the one hand, it’s an asador, known for churro lamb roasted over a wood fire at the hand of Master Roaster, Teodoro de la Cruz. On the other, it’s a laboratory of innovative and Avant-garde cuisine created at the hand of his son, Chef Miguel Ángel de la Cruz. Cruz focuses his cuisine not only on seasonal and local products, but also on the plentiful natural bounty that he finds in the nearby white pine forests the area is known for. Pine cones, pine nuts and wild mushrooms are just some of the flora that he employs in his highly creative kitchen, as well as local vegetables and wild shoots and leaves, many of which have been traditionally used in popular medicine for centuries. Miguel Ángel’s brother, Alberto de la Cruz, the restaurant’s sommelier, rounds off this father-son culinary duo. While located in the heart of D.O. Rueda country, his extensive wine list also includes more than 150 national and international wines.

Lunch or dine at any of the restaurants featured here, is possible by combining any of our Hunting & Tourism Packages.

Keep up to date with our latest hunting  packages offers and news.